In a traditionally slower month, September sales of Sarasota real estate remain strong. Realtor® Association of Sarasota and Manatee posted the months statistics showing sales of 1,608 for both counties.

The REALTOR Association of Sarasota and Manatee just released sales data for April 2015. “Property sales in April 2015 in Sarasota County totaled 1,224 (791 single family and 433 condos), exceeding the all-time high reached in April 2004 by a single sale. Manatee County recorded 813 sales (539 single family and 274 condos), not a record, but very high compared to recent months. The historic level of sales activity has been driven by several factors, according to local real estate leaders.”

The Sarasota real estate market is one of the hottest markets in the country. We’ve mentioned many times how fabulous this city is. We’ve got incredible weather, beautiful scenery,...

Who wouldn't want to live here? Sarasota, Florida has warm weather, beautiful beaches, cultural venues galore and is a city with an abundance of natural beauty.

According to Sarasota Association of Realtors® latest press release, real estate transactions remain strong. "The season is only just beginning, and no one is reporting a holiday slowdown in market activity at this point," said SAR’s President Peter Crowley. "In the past few years, we haven't observed a major drop off in sales in November and December. With the national economy picking up steam, and unemployment still dropping, I'm optimistic we'll continue to see these strong numbers." 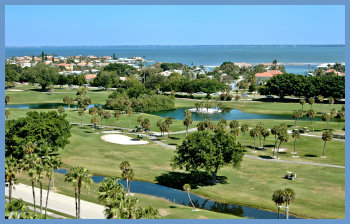 It is no wonder that Sarasota real estate is such a success story. Our area offers beautiful white-sandy beaches with a year round fabulous warm climate. The city’s cultural...

In a press release issued earlier this week, the Sarasota Association of REALTORS® reported sales data for April 2014. The Board reported 1,195 closed transactions in Sarasota County. This is the second highest number of sales in county history. In April 2004, the highest sales figure was recorded which totaled 1,223 property sales. There are multiple new construction projects planned for the area as Sarasota continues to thrive.

Sarasota's charming downtown area along with its excellent climate, beaches, natural beauty and cultural attractions continues to draw new residents to our area. Check back later for an update on new condominiums planned for downtown Sarasota...

Baby Boomers Expect Retirement Home to Be the Best

Baby boomers have always trended toward Sarasota, and according to a recent article in article on the Better Homes & Gardens website, they will probably continue to make their way south.  Sarasota offers the active lifestyle baby boomers seek, in addition to its warm climate, white sandy beaches and plenty of cultural venues.

You can read the entire article at BHGRealEstate.com.

Only 12 sales separate the August 2013 property sales in Sarasota County from sales recorded in July 2013. Sales totaled 957, and the data report shows 11.6 percent higher sales than in August 2012. The median sale price for single family homes in the county rose too.

Pending sales or properties under contract in August 2013 totaled 864 – up approximately 1.7 percent...

The big story in Sarasota real estate market is the low inventory of available properties. There are 3,114 homes for sale in June 2013. This is the lowest level in more than ten years. Last year, at the same time, the inventory figure was 18% higher. Historically, declining inventory results in rising prices and multiple offers on homes and condos for sale.

The Sarasota Association of Realtors® just reported its members "sold 883 properties in June 2013, a drop from the May 2013 figure of 1,020 which represented an eight-year high, but up 2 percent over June of last year. The Sarasota real estate market tallied 642 single family homes and 241 condominiums in June 2013, compared to June 2012 totals of 603 single family homes and 261 condos sold."

Sales were up 13.8 percent over last year for the first half of 2013. Our local real estate market could end up finishing out 2013 "as the second highest sales year in the 90-year history of SAR, surpassed only by...