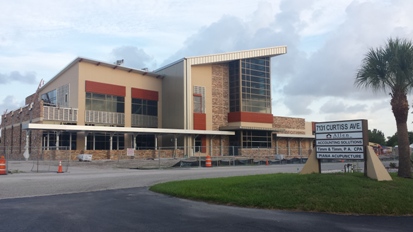 Crews continue to work diligently on the new Gulf Gate Library. Our office, Allen Real Estate Services, Inc., is located right across the street so we’ve seen the demolition of the old building, new site preparation, and a new star rising right before us.

The old Library is operating temporarily at Sarasota Square Mall. We love the contemporary look of this new building! What an enhancement to a great neighborhood. Do you agree?

Gulf Gate is a charming golf course community with homes along the fairways as well as off course. Neighboring communities such as Gulf Gate Woods, Gulf Gate East and Gulf Gate Manor are close by. The commercial area of Gulf Gate is home to anchor stores in its outdoor shopping center: Bed, Bath & Beyond, Stein...

It is no wonder that Sarasota real estate is such a success story. Our area offers beautiful white-sandy beaches with a year round fabulous warm climate. The city’s... 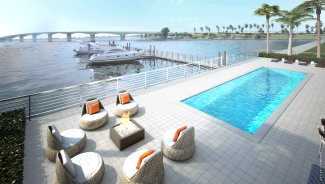 Changing the skyline of Sarasota, Florida, and boosting the confidence of the Sarasota real estate market, affluent baby boomers and retirees who make their way to our coastal city will be offered at least five new luxury condominium towers in the downtown area.

On Golden Gate Point, the luxurious Aqua will face Sarasota’s bayfront and the John and Mable Ringling Bridge. Residents who crave opulence will surely have plenty. Prices start over $3 million per condo residence.

Also, on Golden Gate Point, plans for ONE88 Residences are underway. This 5 story luxury coastal tower will feature 8 condominium residences...