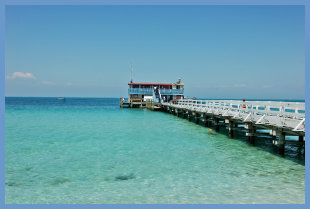 Anna Maria, a seven-mile island is bordered by the Gulf of Mexico and Tampa Bay. This quaint artsy island offers beautiful views of the Sunshine Skyway and Egmont Key at various points. The Beaches on the island are always popular, but visitors also enjoy the old City Pier. Completed in 1911, the Pier is 678 feet and a local landmark. You’ll find concessions there, and it’s a favorite hangout for boaters and fishermen.

Anna Maria also offers an array of restaurants and specialty shops. This island north of Sarasota, Florida is small but you’ll find plenty to do.

Contact us at 941-504-3922 if you are interested in an agent who is experienced with real estate on Anna Maria Island or visit our webpage: ...